Many Caribbean dishes rely heavily on spices for flavor. You'll find that a lot of them are made with garlic powder, onion powder, paprika, ginger, and other spices that you also see regularly in the United States. However, the following seasonings are a bit more unique to Caribbean cuisine, and it's really these ingredients that give the dishes their unique qualities.

Jerk seasoning may be the best-known of proprietary Caribbean seasonings. It originated in Jamaica, and according to most accounts, was created in the 1600s by previously enslaved Africans who settled on the island after being freed by the Spanish. Recipes vary, but typically, jerk seasoning is made with Scotch bonnet peppers, cloves, cinnamon, nutmeg, thyme, garlic, ginger, and salt. Many versions contain allspice, too. Traditionally, jerk seasoning is used to flavor meat that is then prepared over a barbecue fire. You'll see jerk chicken served in most Caribbean restaurants. Sometimes jerk pork and beef are offered too, but this is less typical.

Allspice is common in other places, too, but it's used a bit differently in Caribbean cuisine than in other nations. In the U.S., for example, allspice is typically used in desserts. But in the Caribbean, it is used in savory dishes, giving them a warm complexity. It's a common ingredient in jerk seasoning, but even outside of that, it is added to rice dishes and stir fries to give them body.

Annatto is actually a fruit, but it can be dried and ground into a powder that is commonly used in Caribbean dishes. It tastes a bit peppery with a hint of sweetness, and it also gives dishes a deep, red-orange color. Annatto is used in a lot of the sauces in African stir fries and stews. In Puerto Rico, it is often simmered in oil to intensify its flavors, and then it's added to rice dishes.

Curry powder may seem like a strange ingredient to see in the Caribbean, but the region has been widely influenced by other world cuisines over the years. Influence from India has made curry powder quite a popular seasoning. However, Caribbean curry powder differs from Indian curry powders in that it tends to contain more turmeric and allspice. It has a really full-bodied flavor and is not overly spicy. It's typically blended with coconut milk to make a sauce that is served over chicken or veggies.

The next time you dine at a Caribbean restaurant, keep an eye out for these seasonings and spices. They appear more often than you might think! 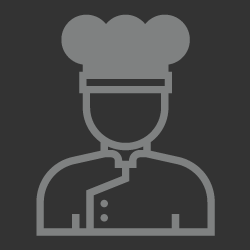